Paul Weber has been singing country music since childhood, cutting his teeth in a family band headed up by his late father, Howard 'Smoky' Weber.

Early in his recording career Paul Weber was a first-round contender for two Academy of Country Music Awards: New Artist of the Year and Album of the Year.

Paul was nominated for a Juno Award as the top Country Male Vocalist of 1982. In the fall of 1983, Paul was nominated in 3 categories by the members of the Canadian Academy of Country Music: Vista Rising Star, Single of the Year for Where Beauty Lives in Memory and also Album of the year for Two Bits Worth of Hurtin’.

Paul left the hard life on the road in 1996 and purchased The Commercial Tavern in Maryhill, Ontario determined to build a first-class establishment providing entertainment true to the authentic style of country music which he has performed throughout his life.

Today it is rightfully known as “The Home of Country Music” because Paul not only entertains there himself but also brings in other talented entertainers and musicians as well as special event musical shows. 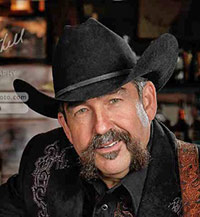 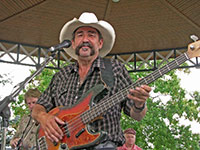 Maryhill is a small Canadian hamlet in Ontario near Guelph. Its main feature is the gothic St. Boniface Roman Catholic Church built in the late 1870s, which is visible from miles around. At its side is a cemetery with dozens of old stones, an iron gate, and a stone wall. Across the street is St. Boniface Catholic School and an original homestead, both from the same era.

The Commercial Tavern is located on the main intersection in the village. It was once the site of many up and coming rock acts but was in the late 1990s converted into a country music bar. It has an ornate copper ceiling and a storied past.